WORLD: The Future Implications of the Impact of Covid-19 on Communications in Social Movements 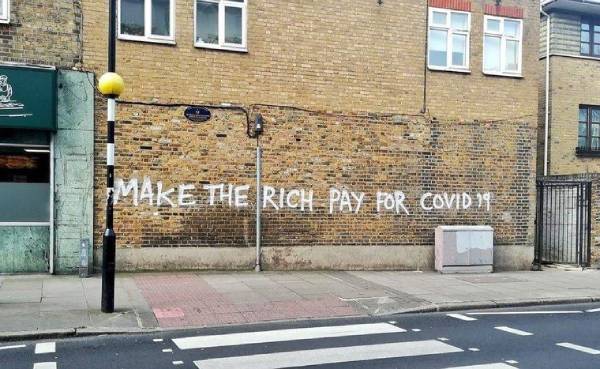 Covid-19 is a moment of beginning in terms of substantive cultural change in the poorer countries in Asia. Having closely observed the situation of societal reactions to Covid-19, which is one of the most challenging moments faced particularly in developing countries like the four countries related to this project: Nepal, Indonesia, Sri Lanka and Bangladesh, the AHRC has come to observe that what may become a momentous change in the social communication has been developing in these countries.

Unable to cope with workloads at every level, schools, workplaces, places of religious worship, and social organizations, media organizations and cultural organizations and in short in all areas of life, the societies have entered into a communication change unprecedented in their histories within such a short period of about two years.

People who have not had the chance to get exposed to the industrial revolution and the resulting changes which gradually came about in the Western countries have now been forced into dealing with the issue of the speed in communication as it had never been experienced before.

This is not possible to be expressed in a few short paragraphs but we will try to give a short summary of the potential which has opened up for very strong social communications and therefore social movements in the counties of this region.

It needs to be realized that one of the major patterns that slows down the speed of social transactions in a developing country is the extreme backwardness of its transport systems. To communicate with each other in physical terms as it happened before the Covid-19 situation, one of the major obstacles to overcome was the slow speed of transport. For example, a worker who may have to come to a city or to the capital from a distance of 30 or more kilometers would have to spend more time to get to work and to return from work than what he or she would sometimes spend in terms of actual working time. The same applies to all others like students and those in every other sector. In such a context, the development of internal communications through online means has become a major event, changing the speed of communications. For the same reasons of the difficulties in covering distances physically, there are people particularly from the rural sectors who do not get the chance to meet people from many other areas as well as from different social sectors. To this, we may add that those who are more proactive are also now brought into contact with international contact bases than ever before.

Once such a speed enters into society, particularly by way of social communication change, it becomes impossible to reverse this trend.

Thus, this has opened up enormous possibilities to overcome the problems of building of internal connections, solidarity movements and improving social interactions. It is an irony that social distancing brought about by Covid-19 has in fact introduced a different form of social connectivity which would create great potential for changes if there are persons who could consciously make use of such situations for bringing about improvements of the life conditions of the people, particularly the poorer people.

The repressive mechanisms established by authoritarian regimes which exist in these countries are now facing a challenge they are simply unable to cope up with. Thus, while externally there may be greater external forms of repression, the actual internal social controls are seriously being undermined in these situations.

The little experiments that the AHRC has been engaged in, the use of online facilities, Zoom facilities and electronic mail families, has shown to us the tremendous potential that exists now of influencing people with substantial ideas for social change.

Thus, while poverty has increased due to Covid-19 related unemployment and income deterioration and the like, on the other hand, the possibility of greater social consciousness and intercourse has increased. These social intercourses could become one of the mobilizing factors for fighting censorship, other forms of repression and also bringing about greater awareness of the problems of people and creating solidarity among the people.

What is required is new imagination to understand in depth the problems of inequality and the ways to overcome this inequality not merely through income distribution but also by strengthening the mechanism of protection that are expected to provide substantial legal equality. Substantive legal equality for the poor needs to become one of the major themes that should be pursued under these circumstances. Thus, the pessimism that has prevailed in the past that some of the basic social institutions cannot be easily changed have to be rethought of in terms of the present circumstances.

Under these circumstances, approaching Sustainable Development Goal Number 16 with new imagination to utilize the social interactions will bring about greater access to justice and the improvement of the mechanism of protection needs to be thought out. What is missing at the moment mostly is that there is the very slow development of the social imagination for bringing about changes in a substantially changed social environment.

Improving social consciousness is a more difficult task than the mere distribution of services. The approach to the theory of change adapted by the AHRC which is also followed elsewhere like for example the Dutch Foreign Ministry relating to civil society involvement can now be tested in these countries where very backward social communication systems existed. More time needs to be devoted to understanding these problems and communicating such understandings, than ever before. This is the way that the AHRC has been trying to respond to the Covid-19 situation.

The Asian Human Rights Commission (AHRC) works towards the radical rethinking and fundamental redesigning of justice institutions in order to protect and promote human rights in Asia. Established in 1984, the Hong Kong based organisation is a Laureate of the Right Livelihood Award, 2014